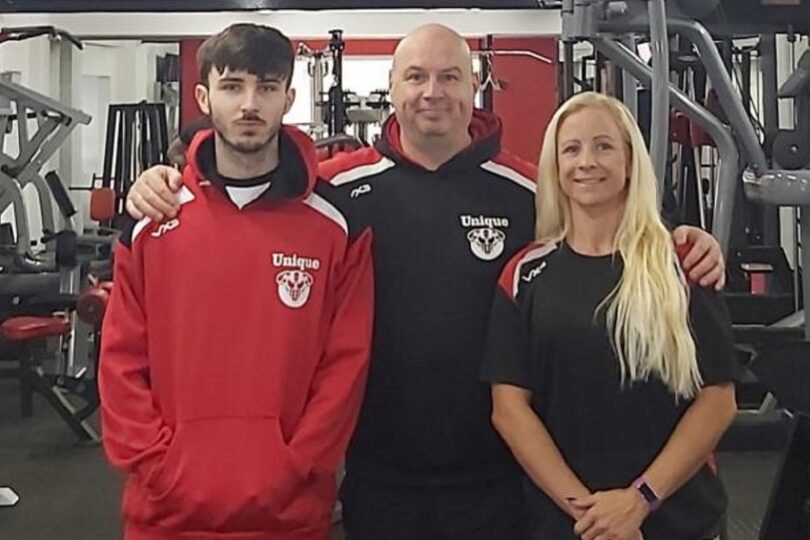 Unique Health and Fitness is celebrating the milestone on Friday, September 11 by showing off the new look created during lockdown.

Richard James and his brother Andrew opened the gym in September 1995, with the help of their parents Bill and Barbara, who were a headmaster and primary school teacher respectively.

Richard said the idea was born when his brother came back from a visit to America and told him about US bodybuilding gym chain Golds Gym – which has included Arnold Schwarzenegger and Dwayne ‘The Rock’ Johnson among its clients.

Richard said: “There was nothing like it around here, so we decided to open our own.”

And so, Blackwood Unique Fitness Centre was born.

Richard said: “At this time, there was no other facility within miles. Newbridge Leisure Centre didn’t exist, and Pontllanfraith and Cefn Fforest Leisure Centres were not providing anything regarding weight training or cardio fitness.”

The gym has remained in the Hall Street building it first called home and after the relaxation of criteria for usage of units on industrial estates were relaxed, new facilities were popping up all around. Despite this and the creation of Newbridge Leisure Centre, the gym has remained successful.

“The main difference between us and the competition is that 25 years ago, we provided a family atmosphere for our customers and that is still relevant today and I try to remember and address everyone by name,” said Richard. “Nobody is just a number.”

Unfortunately, some members of the family have had to step back, with dad Bill having since died, and Andrew suffered a heart attack in 2018.

But mum Barbara – aged 82 – is still involved with the day-to-day running of the gym, alongside Richard, his son Ioan, sister-in-law Kim and personal trainer Samantha Connell.

“The biggest thank you must go to my wife Kirsty who has supported me through thick and thin for the last 21 years of this journey,” said Richard.

The gym – as with every other business of its type in the UK – was forced to close during the coronavirus pandemic, but the James family used this as an opportunity to make some improvements.

Richard said: “We coped very well and used the time to refurbish. I had a new exterior roof fitted, complete new exterior paint job, removed the suspended ceiling from the inside of the main gym, repainted and added new motivational graphics.

“I also upgraded the men’s toilets and both the men’s and ladies changing rooms.”