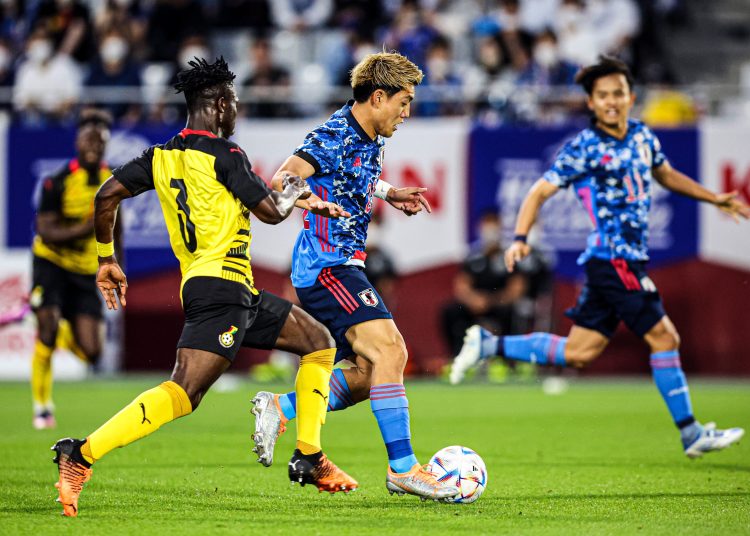 The Black Stars of Ghana suffered a heavy 4-1 defeat at the hands of the Blue Samurai of Japan.

The Japanese dominated the game and the scoreline flattered Ghana who were impotent for large spells of the game.

The hosts took the lead just before the half hour mark through right back Miki Yamane’s left footed finish which nestled into the bottom corner.

As the Japanese dropped their intensity after taking the lead, the Ghanaians found more joy and Jordan Ayew benefitted from some sloppy play to smash the ball into the net and get Ghana an undeserved equaliser.

Parity was short-lived a Karou Mitoma cross evaded everyone including Lawrence Ati-Zigi to give Japan the lead once and Japan headed into the half a goal up.

The second half was much of the same with Japan comfortably on topn. Mitoma turned his marker inside out on Ghana’s right and cut the ball back for Real Madrid attacker Takefusa Kubo to score his side’s 3rd. There was not much Ati Zigi could do as the ball took a wicked deflection but the goal was coming.

Japan wrapped up the rout with a Daizen Maeda tap in as Junya Ito did all the hard work on the Japanese right side and put the ball into the 6 yard box where the Celtic striker was waiting.