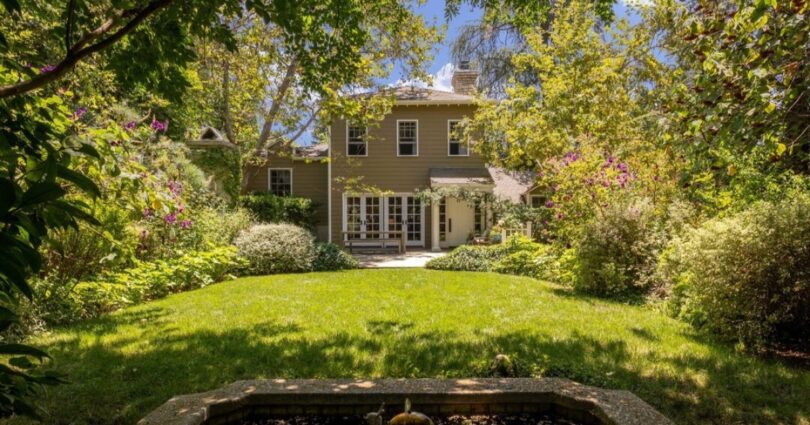 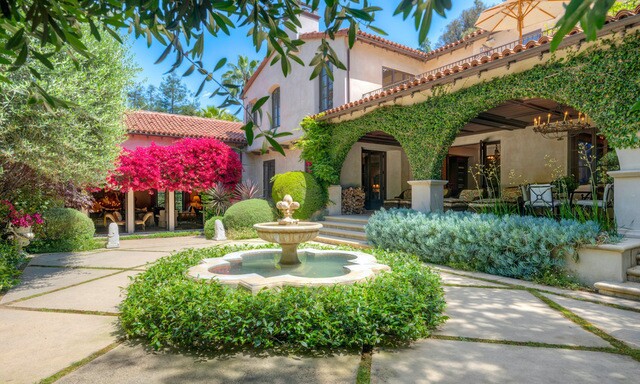 The Apollo Group chairman is still walking away with a profit, however. Records show he bought the Spanish-style compound for about $15 million in 2004.

Sperling isn’t the home’s only high-profile owner. It once belonged to Vincent Price, the legendary horror actor who starred in films such as “Laura,” “House of Wax” and “The Last Man on Earth.”

Spanning about an acre and a half, the property holds a 1920s villa, guesthouse, tennis court, swimming pool, spa and basketball court. Other structures include a pavilion and cabana, which overlook the landscaped grounds full of grassy lawns and rose gardens.

The two homes combine for eight bedrooms and 14 bathrooms in about 11,600 square feet. Inside, a grand chandelier-topped foyer leads to a two-story great room with timbered cathedral ceilings, wrought-iron accents and painted tile overlooked by a Juliet balcony.

Formal living spaces and high-end amenities fill out the rest of the home, including a wine cellar, art studio, playroom, movie theater and billiards room with a wet bar.

An ivy-covered loggia descends to a courtyard with a fountain outside, and a second-story deck overlooks the gated estate from above.

Sperling is no stranger to big real estate deals. He paid $17 million for an oceanfront property in 2001 and $25 million for a 12-acre estate in the area a year later, The Times previously reported. In 2015, he sold another Montecito estate once owned by actress Jane Seymour for $10.5 million.