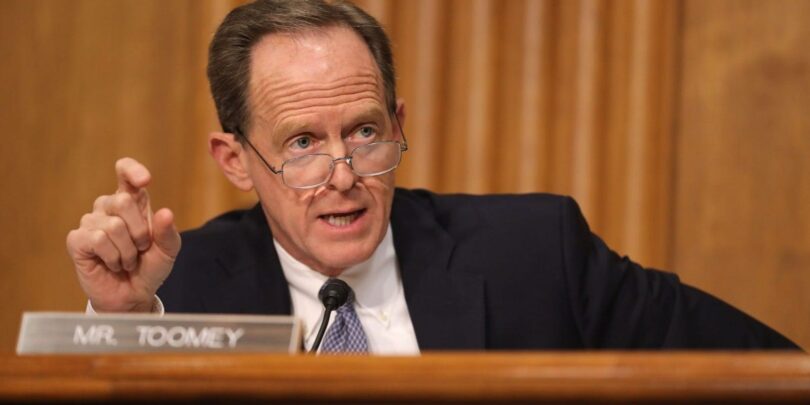 The highest-ranking Black member of Congress is urging President Donald Trump to stop challenging the results of the 2020 general election and start finding ways to work with the incoming administration. (Nov. 9)

USA TODAY’S coverage of the 2020 election continues this week as states begin to certify their vote counts after President-elect Joe Biden’s victory in the hard-fought presidential race. President Donald Trump has yet to concede the race as Biden and Vice President-elect Kamala Harris prepare to take office in January.

Be sure to refresh this page often to get the latest information on the election and the transition.

After a federal judge sharply dismissed of the Trump campaign’s lawsuit alleging fraud in Pennsylvania, Sen. Pat Toomey, R-Pa., issued a statement that President Donald Trump has “exhausted all plausible legal options to challenge the result of the presidential race in Pennsylvania.”

On Sunday, Sen. Kevin Cramer, R-N.D., said on NBC News’ “Meet the Press” that he saw nothing wrong with Trump “carrying out all of his legal options” and advised Americans to “calm down.”

“I don’t see this as an attack on our democracy,” Cramer said.

But Cramer said it was “past time” for Trump to cooperate with the transition “should Joe Biden, you know, end up winning this.”

“It should happen tomorrow morning because it didn’t happen last Monday morning. I just think you have to begin that process, give the incoming administration all the time they need,” Cramer said, though he added he believes Biden has been a “bit overdramatic” about the delay’s potential impact on distributing a coronavirus vaccine.

House Republican Conference chair Liz Cheney, R-Wy., also called on Trump to acknowledge defeat on Saturday, saying if Trump could not substantiate his claims of fraud “he should fulfill his oath to preserve, protect and defend the Constitution of the United States by respecting the sanctity of our electoral process,”

Both calls reflect a small but slowly growing number of elected Republicans in Congress and around the country who are calling on Trump to acknowledge the results of the election. Senators Susan Collins, John Cornyn, James Lankford, Lisa Murkowsi, Mitt Romney and Marco Rubio have all made comments suggesting they believe Biden to be president-elect.

At least eleven Republican members of the House have acknowledged Biden’s victory in one form or another.

“Unsurprisingly, I have significant disagreements with the president-elect,” Toomey wrote in his statement. “However, as I have done throughout my career, I will seek to work across the aisle with him and his administration.”

President-elect Joe Biden’s incoming White House chief of staff Ron Klain said the public can expect “to see the first of the president-elect’s Cabinet appointments on Tuesday of this week,” during an interview Sunday on ABC News’ “This Week.”

“If you want to know what Cabinet agencies they are or who is going to be in those cabinet agencies, you’ll have to wait for the president-elect to say that Tuesday,” Klain also said, declining to specify what roles would be announced.

With Democrats’ ability to pass large parts of their agenda likely hampered regardless of which party ultimately controls the Senate, Biden’s Cabinet is set to play an outsized role in enacting progressive policies through the executive branch.

Biden is reportedly interested in creating a diverse Cabinet across several dimensions, including age, gender, ideology and race. Potential contenders for top spots in the administration have included longtime Democratic aides as well as some of Biden’s former rivals in the 2020 presidential campaign.

Biden has already decided on at least one cabinet position. On Thursday, he told reporters that his choice “will be accepted by all elements of the Democratic Party, from the progressive to the moderate coalition.”

Trump campaign attorney Sidney Powell said that the campaign’s forthcoming lawsuit alleging fraud in the Pennsylvania election system will be “biblical” during an interview on Newsmax.

“Our votes must be counted fair and true and every illegal vote must be nullified,” Powell insisted. “It’s absolutely counter to everything this country was founded on.”

Powell declined to offer specifics on what instances of widespread voter fraud or conspiracy the Trump campaign had documented, instead insinuating that Republican senators, the Trump Justice Department and the state of Pennsylvania were complicit in a vast conspiracy theory meant to defeat the president.

“Thousands of people, including the people operating the voting machines,” must have been involved in the conspiracy, Powell estimated.

Brann noted that the campaign’s legal team had d enveloped a “tortured procedural history” over the past few weeks with its various arguments.

“One might expect that when seeking such a startling outcome, a plaintiff would come formidably armed with compelling legal arguments and factual proof of rampant corruption,” Brann wrote. “Instead, this court has been presented with strained legal arguments without merit and speculative accusations … unsupported by evidence.”

Will Michigan elections board deadlock Monday?

LANSING — For what is believed would be the first time in history, Michigan’s elections board could deadlock Monday on certifying the state’s presidential election results.

By law and by practice, certification by the Board of State Canvassers — comprised of two Democratic appointees and two Republican ones — is supposed to be a routine sign-off. But these are not normal times.

The climate is hyper-partisan, disinformation is rampant, and Republican President Donald Trump and his team of lawyers are spreading false claims, working to somehow overturn election results in Michigan and other key states, and upend President-elect Joe Biden’s victory in the Electoral College, where Biden rung up 306 electoral votes to Trump’s 232.

At the Michigan Board of State Canvassers, Republican board member Norman D. Shinkle said he has many concerns, ranging from election equipment used in Michigan to the absentee voting process, to transparency issues, and he is leaning toward seeking a delay in certification. Shinkle’s wife, Mary, was a Republican poll challenger at the TCF Center in Detroit and signed an affidavit used by the Trump campaign in a federal lawsuit that has since been withdrawn.

It would take Shinkle’s vote plus one other to delay certification. The other Republican member, Aaron Van Langevelde, has not said how he plans to vote. Van Langevelde, an attorney and former assistant prosecutor in Branch County, works for state House Republicans, whose leader, Speaker Lee Chatfield flew to Washington, D.C., on Friday with a handful of other GOP lawmakers to meet at the White House with Trump.

The Trump campaign’s legal team on Saturday requested a recount of votes cast in Georgia’s presidential election after the state conducted a historic manual recount and certified President-elect Joe Biden as the election winner.

“Today, the Trump campaign filed a petition for recount in Georgia. We are focused on ensuring that every aspect of Georgia State Law and the U.S. Constitution are followed so that every legal vote is counted,” the president’s legal team said in a statement. “President Trump and his campaign continue to insist on an honest recount in Georgia, which has to include signature matching and other vital safeguards.”

The president’s team insisted signature matching on absentee ballots was necessary to keep the recount from being a “sham” that allows “illegal votes to be counted.” But election officials matched those signatures on the envelopes when they counted the ballots but then separated them to protect the voters’ constitutionally protected right for their vote to remain secret.

Georgia law allows a candidate to request a recount if the margin is less than 0.5%, but unlike the previous review that was conducted by hand, this recount will consist of rescanning the ballots.