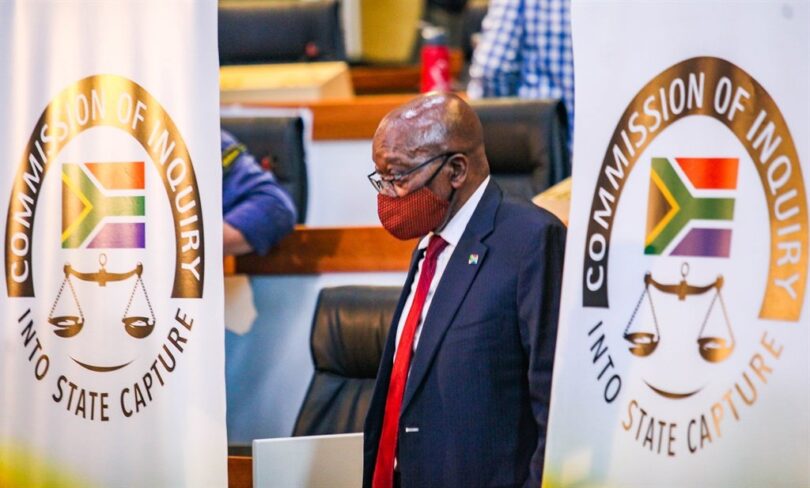 From former president Jacob Zuma’s legal strategy to how we dropped the ball with the Bushiris, to the SABC’s collapse, these opinion pieces gave important insight into the big news stories of the week.

The Zuma and Trump eras have taught us that when a lie is repeated enough, it becomes a fact in the mind of the electorate. We shouldn’t let this happen again, writes Adriaan Basson.

Serjeant at the Bar | Hlophe, Zuma and Magashule: Deflections and Stalingrad tactics

We need to guard against fake news which, in some cases, is perpetuated by mainstream media, if we are going to avoid going the route of Donald Trump’s USA, writes Serjeant at the Bar.

There are more questions than answers about how self-proclaimed prophet Shepherd Bushiri managed to leave South Africa without being detected, writes Mandy Wiener.

Jacob Zuma’s walkout of the state capture commission of inquiry on Thursday was not just a potentially criminal act of personal defiance against Zondo and his inquiry, but also an indictment against the ANC, writes Karyn Maughan.

Stephan Lombard takes a hard look at the neighbourhood he grew up in and calls on the community of Brackenfell to fix what is broken after a recent alleged racist incident at Brackenfell High.

When we talk about any one of our state-owned enterprises that have struggled to emerge from the weight of the governance challenges of their most recent past, I often get lost in the amount of billions that these institutions need to be restructured or bailed out, writes Ron Derby.

Melanie Verwoerd | Trump, Zuma and Magashule, and the politics of narcissism

If Donald Trump, Jacob Zuma and Ace Magashule had any sense of legacy, they would step aside and let the law take its course, but they all have a similar trait, which won’t allow them to do that, writes Melanie Verwoerd.

* Sign up for Editors’ Picks, a weekly newsletter with the best articles of the week, chosen by our editors.