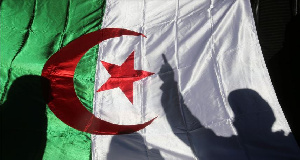 Algeria is the best football team on the continent, after winning the 2019 African Cup of Nations (AFCON) in Egypt. The Desert Foxes replace Morocco at the top of the rankings, ahead of Senegal, Nigeria, Tunisia, and Madagascar.

Algeria claimed the top prize in African football for the second time in their history. They were calm, powerful, and highly technical on the pitch this year. During the 2019 AFCON, Djamel Belmadi’s side went from being outsiders to the competition’s favourites.

A perfectly negotiated first round saw them win their three matches. The Desert Foxes went on to claim a 2-1 win over Nigeria in the semi-final thanks to a late, sumptuous goal from Mahrez, before beating Senegal (1-0) in the final.

The team continues to perform well, beating Colombia (3-0) in a friendly this year. In the qualifying matches for the 2021 AFCON, Algeria scored two wins in their group.

Senegal’s great misfortune can be summed up in one word: Algeria. They were beaten by Algeria (1-0) in both the first and final round of the 2019 AFCON in Egypt. They scored a total of five wins in the competition. The Lions did everything right but failed to win their first AFCON.

In their qualifying round for the AFCON in 2021, the Lions beat Congo (2-0) and Eswatini (4-1). In friendly matches, they claimed a prestigious win over Nigeria (1-0) and clinched a draw against Brazil (1-1).

On paper, Aliou Cisse’s squad looks to be the best in Africa. His managers, Mane (27) and Koulibaly (28), are young and hungry. They’ll be looking to the future with a great deal of hope.

Gernot Rohr’s relatively young squad led the Super Eagles to third place in the African Cup of Nations after a convincing overall campaign, which included a 2-0 defeat to Madagascar and a consequential semi-final defeat to Algeria (1-2).

Nigeria, who claimed a satisfying win against their neighbours, Cameroon (3-2) in the Round of 16, will be comforted by the good results at the start of the new season. They’ve registered draws against Ukraine (2-2) and Brazil (1-1) in friendlies, and victories over Benin (2-1) and Lesotho (4-2).

The Nigerian Football Federation still owes a lot of money to Rohr, who may not see through his contract which ends in June.

Tunisians will dispute this choice after finishing in fourth place at the AFCON. They eliminated Madagascar in the quarter-finals (3-0), but the Barea put on a stunning display with their attacking football.

Their two victories against Ethiopia (1-0) and Niger (6-2) in Niamey in November have paved the way for a second consecutive qualification for a team that’s long been accustomed to anonymity.

The Carthage Eagles placed fourth in the AFCON – their best performance since 2004. A rocky season for the team led to the departure of Alain Giresse in August.

In Egypt, they came close to an early exit in the first round after some poor performances. They also lost to Senegal (0-1) in the semi-finals. Tunisia claimed six points towards their 2021 AFCON qualification, sweeping aside Libya (4-1).

The Squirrels have never made it past the first round of the AFCON until this year. Their modest squad drew three times in the first round, including against Ghana (2-2), Cameroon (0-0) and Guinea-Bissau (0-0).

Benin surprised many by eliminating Morocco in their qualifying match (1-1, 4-1 in the first round). Their adventure ended against Senegal (0-1).

Benin left the competition looking like a disciplined and well-organised team.

The Cranes continue to fly high. Although their run in Egypt ended in the Round of 16, the Ugandans left a good overall impression.

They produced some pleasing football, especially against the DRC (2-0) in the first round. Uganda also hosted and won the CECAFA Cup – Africa’s oldest football tournament – this year.

The Elephants have clearly lost some of their shine, after a stunning loss to Ethiopia (1-2), and barely scraping a win against Niger (1-0) in their 2021 AFCON qualification round.

They reached the 2019 AFCON quarter-finals, losing only on penalties to Algeria. Their record is good, but close defeats against Ethiopia, Uganda (0-1), Benin (1-2) will be worrying signs for Ivorian coach Ibrahim Kamara.

Top of the rankings in 2018, Morocco failed to perform well this year. They were knocked out in the Round of 16 by Benin in the AFCON (1-1, 1-4 in the second round), after winning all three of their first round matches by the same score (1-0).

Morocco’s former coach Hervé Renard will now be leading Saudi Arabia after an amicable termination of his contract. His successor, Vahid Halilhodzic, has had a slow start, although his recent success in Burundi (3-0) is a good sign.

A team with great potential, Morocco will be setting high goals for the next year.

Ghana’s record in Egypt was not great. They reached the Round of 16, but performed poorly. They’ve already lost two friendlies, but beat South Africa at the start of their campaign to qualify for the 2021 AFCON.

However, the Black Stars have the potential to do much better.

Egypt and Guinea disappoint, Comoros on the rise Big names in African football failed to make the top 10 rankings. Egypt, for example, missed out on the AFCON despite being favourites in the competition. Cameroon have been disappointing fans since their 2017 triumph. The DRC exited the tournament thanks to some refreshing Malagasy football. Guinea is another notable team that failed to perform after dismissing their Belgian coach Paul Put over corruption allegations.

Fortunately, the past 12 months have also brought some pleasant surprises. Gabon (13th), who were eliminated by Burundi in the tournament, have recovered since the arrival of Patrice Neveu at the helm Gabon beat Morocco in a friendly (3-2) and managed a goalless draw against the DRC in their 2021 AFCON qualifying matches.

The other top teams include, the Comoros (18th) who drew with Egypt (0-0) and beat Togo (1-0) and Guinea (1-0). Gambia (19th) and Ethiopia (25th) have also shown some interesting football on the pitch. Three representatives from the Horn of Africa – Djibouti, Somalia and Eritrea – deserve a special mention.

Chad is also back on the continental stage after more than three years of suspension. Burundi has dropped from 16th to 45th place. Sao Tome (51st), Mauritius (53rd) and the Seychelles (54th) are at the bottom of the rankings.