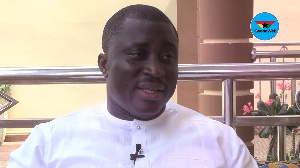 Placing bans on clubs may be a good move but it does not in the long term address the issue of supporters’ misbehaviour, Nick Owusu, a security and safety officer at CAF and FIFA has said.

The Ghana Football Association (GFA) on Wednesday announced that it has temporary banned Kumasi Asante Kotoko from playing at their favourite Baba Yara Stadium.

The ban comes on the back of the chaos that occurred at the stadium during the club’s 1-0 defeat to Berekum Chelsea.

The FA in a statement said that the decision is in accordance with Article 14 (2) of its regulations.

The article states that: “the GFA may order the closure of any league centre/venue where the safety of clubs, match officials and/or spectators cannot be guaranteed”.

Speaking to Ghanaweb.com, the former Chairman of the FA’s Security Committee said that the effect of the ban could cripple the clubs financially.

He said that instead of the FA focusing ‘curing’ the ‘menace’ it should rather spend resources on preventing it from happening.

He made some recommendation which he contends if accepted will bring a lasting solution to the issue.

“Banning is one of the measures that can be taken but you are looking at the greater good. What impact will that measure be? You ban the club, they lose revenue, the sponsorship and marketing bit is also affected in a way. The ripple effects are there but the point is that we have to make some very critical decisions to ensure that we can put in place adequate measures to prevent it in the first place. Not for it to happen and then we think of a reaction”, he said.

Both the FA and Police have said that they are investigating the matter and promised to join forces to uncover the actors of the crime.

The police officer who shot the fan has been interdicted as part of the investigations.

Kumasi Asante Kotoko have also accepted the ban by the FA and promised them of their collaborations.

A spokesperson of the Accra chapter of the club’s supporters’ wing who was seen on video justifying the action of the supporters and making some wild allegations against the president of the FA has been referred to the Ethics Committee of the GFA.