Home » Back to School Quiz: Botwe beats the Kumericans in their territory 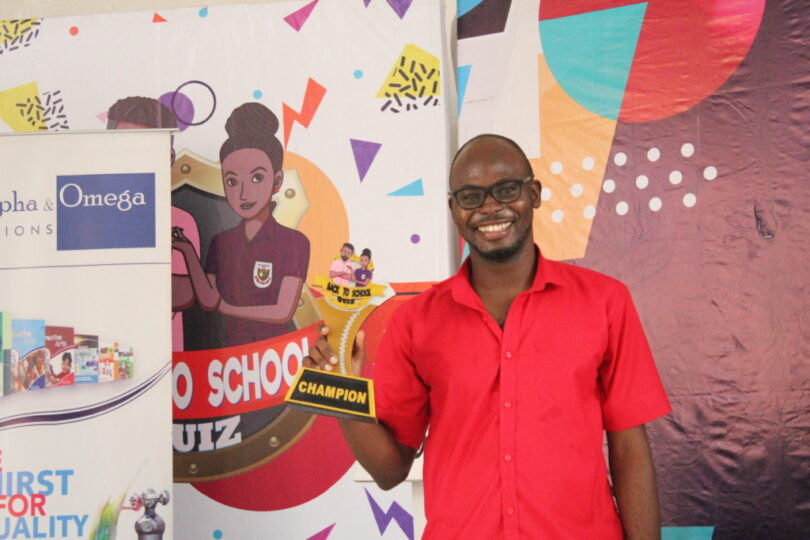 The Back to School Quiz Competition organized by Luv Fm came to a victorious end for the “Botwes” as they clinged the ultimate title of the maiden edition.

The finals of the competition saw representatives of Prempeh College, Yaa Asantewaa Girls and Mfantsipim School go head on for the trophy and the prestige of holding the bragging rights as the best old student group.

Mfanstipim School represented by Ernest Mills from 2005 batch topped the competition with a total of 57 points as Prempeh College’s Samuel Yeboah Larbi from 2005 batch grabbed 52 points to place second.

The Back to School Quiz started on an interesting note as competitors were taken aback in answering questions from Senior High School curriculum in Social Studies, English, Science and Mathematics.

The allied schools ‘AmanAdehyie’ were beaten to the game by Mfantsipim though they were poised for victory.

The competition started off from the semi-final with pairing of Oguaa, Kumerica All Gents, and Kumerica All Ladies.

The winner, Ernest Mills of Mfantsipim got the Back to School Quiz Champions Trophy and a certificate of participation as well as some assorted prices from sponsors.

The runners-up also got certificates and other prices.

The event was organised by Luv Fm in collaboration with Plan B Studios with support from Alpha and Omega Publications.

The finals came off at the Christian Service University on Saturday, November 28, 2020.