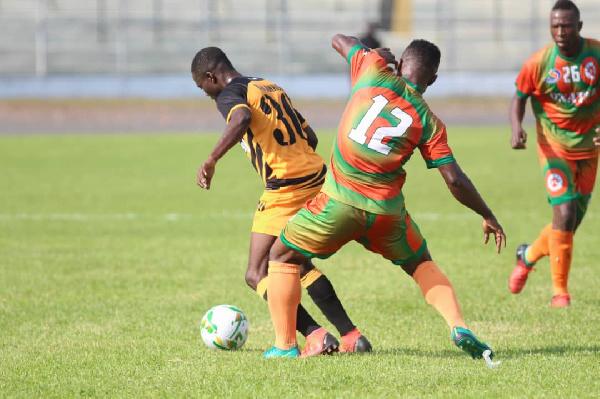 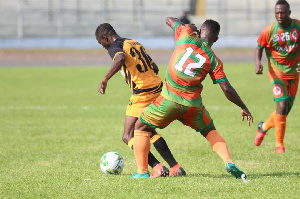 AshantiGold SC were held at the Len Clay Stadium to a scoreless draw by Burkina Faso side Salitas FC in the CAF Confederation Cup on Sunday.

The tie ended 0-0 in the Preliminary Round first leg.

The Miners failed to make the numerous opportunities that came their way count in goals especially in the second half.

Milovan Cirkovic made one change in his lineup that drew 2-2 with Hearts of Oak last Tuesday in the Ghana Premier League.

Empem Dacosta was handed his debut as replaced Michael Enu in central defence.

Ghanaian player Nartey Polo was handed a start for the Burkinabe outfit.

Salitas came very close to scoring in the first half but an effort from Daniel Ouedraogo from free-kick was parried away by goalkeeper Robert Dabuo.

A header from striker Eliass Dianda struck the woodwork in the 40th minute.

AshantiGold dominated the entire second half and creating glaring chances but failed to score any of them.

Hans Kwofie’s shot from the edge of the box hits the framework.

The Miners did all they could to break the deadlock but all efforts proved futile.

Salitas will host AshantiGold in the second leg of the tie next week in the Burkina Faso capital, Ouagadougou.