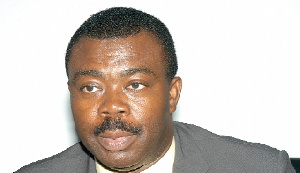 Stephen Asamoah Boateng, Director-General of State Interests and Governance Authority (SIGA), has been accused of complicity in the illegal seizure of two plots of land belonging to one Daniel Yeboah.

Report suggests the former Information Minister and one Patricia Quaye have constituted themselves into a nuisance, terrorizing the original owner and workers working on the property on a daily basis.

The disputed land, according to our checks, is located along the Prampram seashore in the Ningo-Pramparm District of the Greater Accra Region.

Documents corroborated by the Tetteh-Wayo family of Adimli Wem in the Prampram Traditional Area, who are the original owners of the land, indicate that Daniel Yeboah satisfied all the legal requirements to acquire the property.

Speaking exclusively to GhanaWeb, Daniel Yeboah, who is domiciled in the United States, said after acquiring the land on August 16, 2013, he started the construction of a two-storey building, after securing a building permit.

But in 2015, Mr Asamoah Boateng, who is affectionately called Asabee in flagrant disregard for the law, together with Patricia Quaye, mobilized some thugs to pull down the building, which was 90 per cent complete.

Consequently, a formal complaint was lodged to the police by Daniel Yeboah and after police investigations, it emerged that the former Minister and Member of Parliament had no direct interest in the said, but fronting for Ms Quaye. 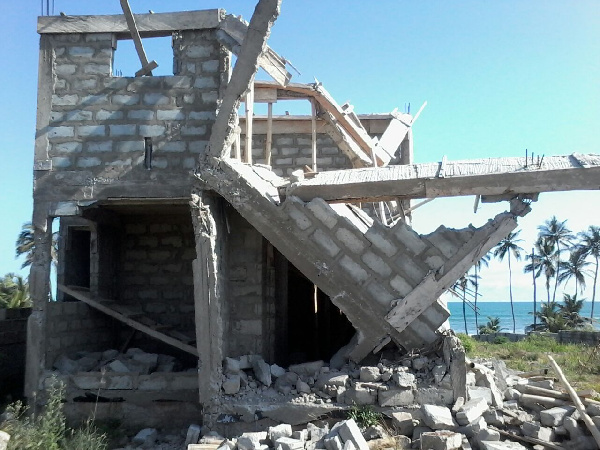 All efforts to reach Mr Asamoah Boateng to get his side of the story proved futile.

Meanwhile, Naagbee Tetteh-Wayo, the chief of the area confirmed in an interview that Daniel Yeboah is the legitimate owner of the two plots of land closer to the sea.

“When I heard that he was about to demolish Daniel’s property I summoned him before my kinsmen but he [Asamoah Boateng] refused to honour my invitation. Therefore, I want to decree that Daniel Yeboah should be allowed to develop his property,” Naagbee Tetteh-Wayo stressed.

In a Facebook Messenger conversation between the two, Asabee asked Daniel Yeboah to meet up with him and when he is coming, he should be ready with a US$500 payment for supposed documents on the land before he [Daniel Yeboah] starts working on the land again.

“…okay, if you ready make a payment of $500. I meet you at the sight this week for documents…”

Daniel Yeboah then probed the former Minister of State, “Why do we have to bring $500 for document” but the conversation ended abruptly.

Asabee later called Daniel Yeboah to arrange a meeting between himself and Daniel in Texas, USA.

The former Minister claims that he does not fight over land because he would not be buried together with it but he is surprised about the mood and the way the whole brawl is being carried out because the Musician and a sympathizer of the ruling NPP is defaming him on Social Media.

“That idiot A Plus after hearing the matter should have approached me to hear my side of the story rather than going to insult me on Facebook,” he said. 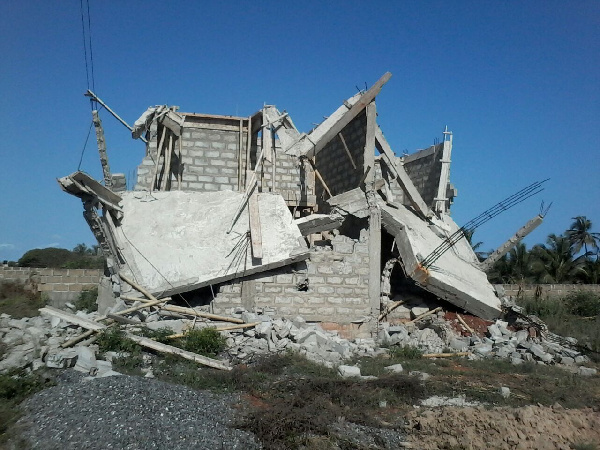 But calm Daniel Yeboah advised the Director-General of SIGA not to insult the musician through him.

“I am from Konongo Zongo and I have hustled through life…for such a boy to tarnish my imagine on Facebook…” angry Asabee narrated.

Asabee then promised to call Daniel Yeboah immediately he arrived in Houston.

“How can you demolish a property to the tune of 30,000 [USD) and you tell me to meet up with you and give you an amount of $500. You’re not even thinking of the damage and the loss you’ve caused me,” Daniel Yeboah told Asabee on phone. 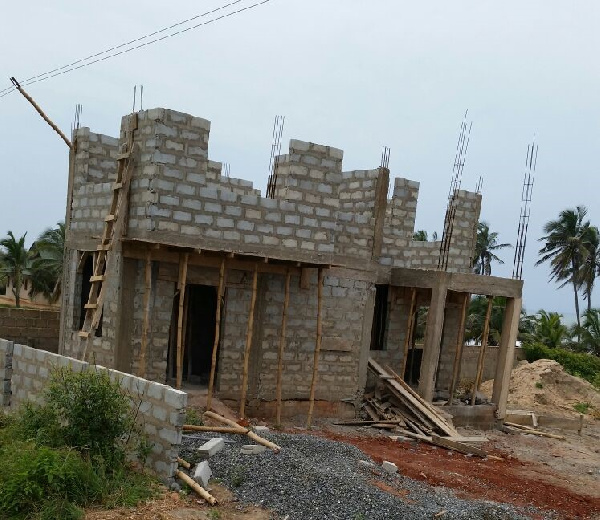 The building was rebuilt after it was demolished 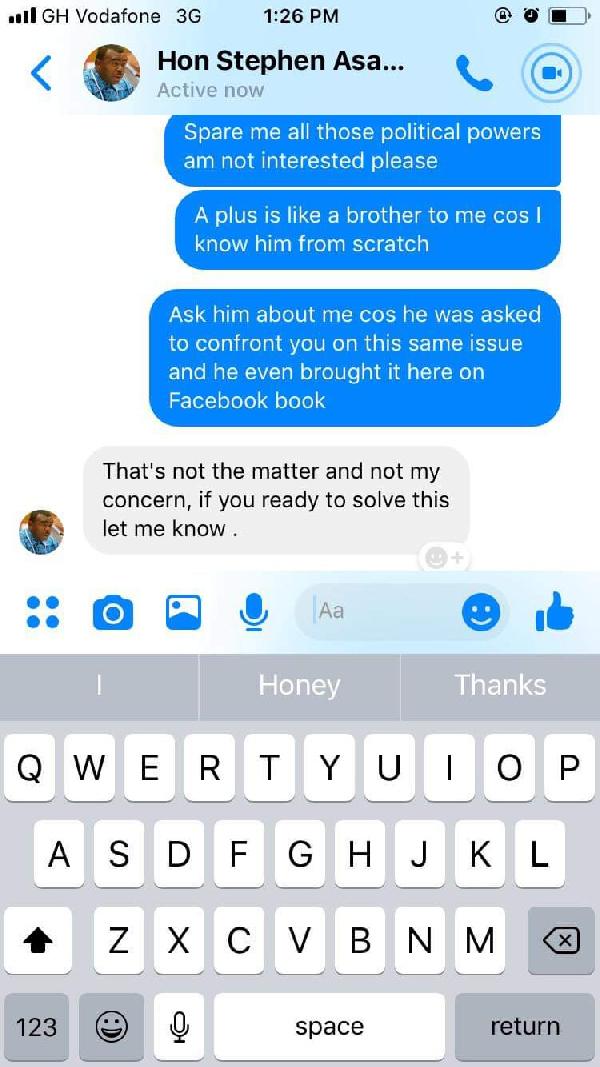 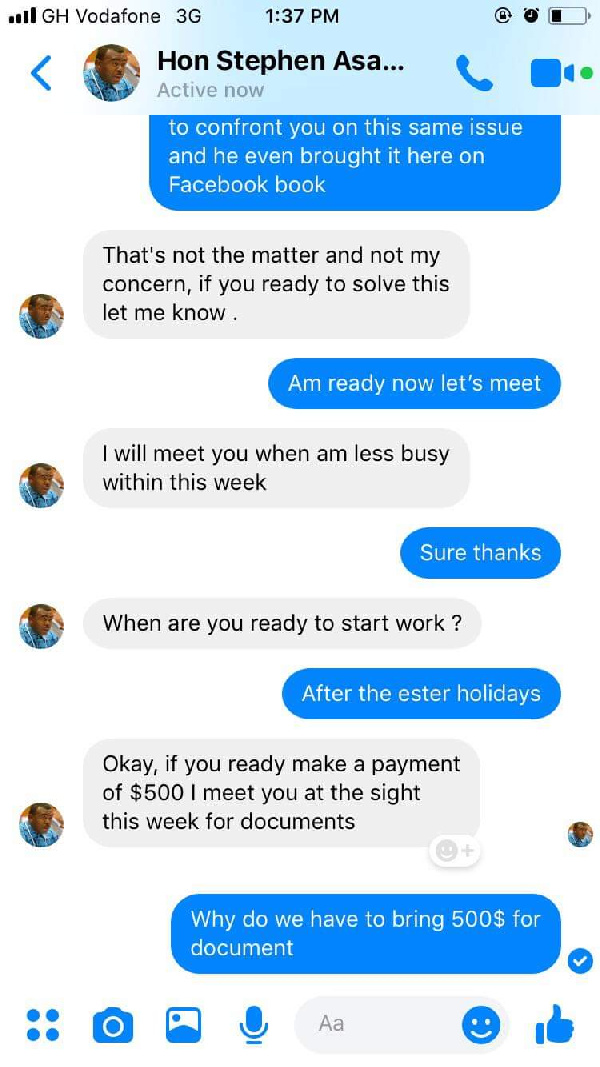