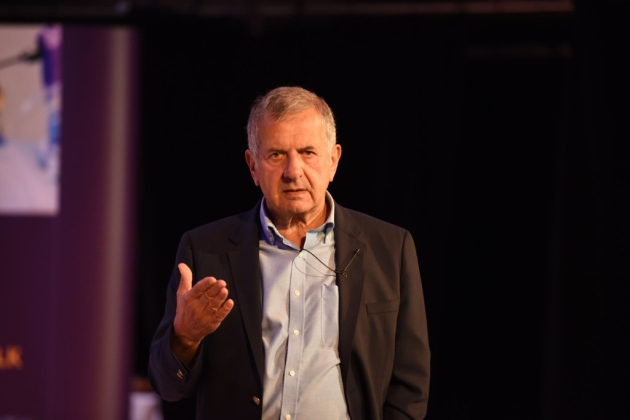 WASHINGTON – President Donald Trump held a hasty swearing-in ceremony Monday night following the Senate’s confirmation of Amy Coney Barrett, who will become the 115th justice to serve on the Supreme Court Tuesday and immediately get to work.

Just as Senate Republicans whisked Barrett, 48, through the confirmation process in a month, Trump rushed back from the campaign trail in Pennsylvania for aceremony on the South Lawn of the White House in the midst of a global pandemic.

The event took place near the Rose Garden, where a month earlier the federal appeals court judge from Indiana was introduced in a crowded settingthat contributed to the spread of COVID-19, both at the White House and in the Senate.

Associate Justice Clarence Thomas, the longest-serving member of the current court, delivered the constitutional oath of office. Most of the assembled guests wore masks. On Tuesday, Chief Justice John Roberts will complete the process by delivering the judicial oath to the court’s newest member.

“I stand here tonight truly honored and humbled,” Barrett said during the 15-minuteevent, flags draping the White House behind her. “This was a rigorous confirmation process.”

As she did during her confirmation hearing earlier this month, Barrett tried to distance herself and the judiciary from the politics swirling around her nomination and the presidential election.

“It is the job of a judge to resist her policy preferences. It would be a dereliction of duty for her to give in to them,” she said.

Once she takes the judicial oath Tuesday from Roberts, Barrett will become the fifth woman ever to serve on the high court, succeeding the late liberal Associate Justice Ruth Bader Ginsburg. She will begin work a week before Election Day, participate in her first conference with the other justices Friday, and take her place on the bench for oral arguments next Monday.

That is as Trump wanted. Throughout the confirmation process, the president had emphasized the importance of having Barrett as the ninth Supreme Court justice to help decide challenges involving mail-in ballots and other voting procedures.

“This is a momentous day for America, for the United States Constitution, and for the fair and impartial rule of law,” Trump said. Barrett, he said, “is one of our nation’s most brilliant legal scholars.”

The election will be Barrett’s first and most important focus: Petitions challenging voting procedures in Pennsylvania and North Carolina are pending before the high court, which ruled 5-3 along ideological lines Monday night against extending Wisconsin’s deadline for absentee ballots.

The Pennsylvania dispute returned to the Supreme Court after the justices deadlocked 4-4 last week, leaving in place a Nov. 6 deadline for the receipt of mail-in ballots that Republicans want changed to Nov. 3.

It’s not unusual for justices to be sworn in during Supreme Court terms, rather than over the summer recess. Trump’s first two nominees also hit the ground running: Associate Justice Neil Gorsuch began in April 2017 when the court was completing oral arguments for that term, and Associate Justice Brett Kavanaugh started in October 2018 after a new term had just begun.

Like Barrett, Kavanaugh was sworn in just hours after the Senate’s 50-48 confirmation vote. Trump congratulated him on Twitter and signed his commission to the Supreme Court aboard Air Force One so Kavanaugh could get to work immediately.

Barrett’s elevation to a lifetime seat on the nation’s highest court has been just as controversial as the others, both for partisan and ideological reasons. It represents the culmination of conservatives’ decades-long project to win control of the Supreme Court, perhaps for decades to come.

Ginsburg, the leader of the court’s liberal wing who had become a cultural icon in her 80s, died Sept. 18 after battling pancreatic cancer. Democrats immediately cited McConnell’s 2016 refusal to act on Obama’s nominee as reason to delay action until after the election, to no avail.

The president took advantage of the situation by nominating Barrett, one of the nation’s most conservative federal court judges, who he had placed on the U.S. Court of Appeals for the 7th Circuit in 2017. Barrett vocally opposed the 1973 Roe v. Wade decision legalizing abortion nationwide before becoming a judge, wrote a dissenting opinion on the 7th Circuit defending nonviolent felons’ right to own firearms, and criticized Roberts’ prior rulings upholding the Affordable Care Act in scholarly writings, also before becoming a judge.

President Donald Trump applauds Amy Coney Barrett after she was sworn in as a Supreme Court Associate Justice during a ceremony on the South Lawn of the White House October 26, 2020, in Washington, D.C. (Photo: BRENDAN SMIALOWSKI, AFP via Getty Images)

She is highly regarded in legal circles, including by some prominent liberals, for her scholarly background as a Notre Dame Law School professor. She is an acolyte of Scalia, for whom she clerked in the 1990s, and a proponent of interpreting the Constitution and federal statutes as written.

Barrett sailed through her Senate Judiciary Committee hearing earlier this month, deftly refusing to answer even more questions than her predecessors did regarding Supreme Court precedents and issues that could come to the court in the future. All 12 Republicans voted to send her nomination to the Senate floor; all 10 Democrats boycotted the vote.

“The American people will never forget this blatant act of bad faith,” Schumer said. “It will go down as one of the darkest days in the 231-year history of the United States Senate.”