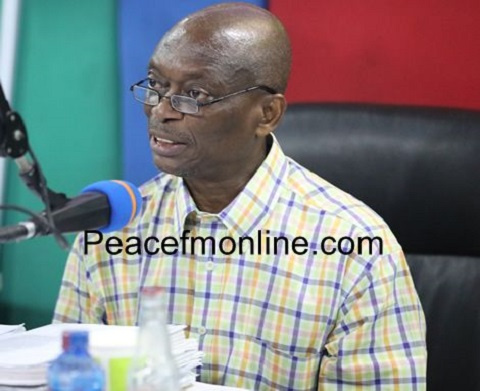 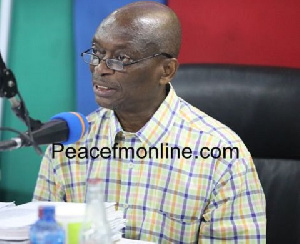 The concerns raised by Martin Amidu in his resignation letter with respect to accommodation for his office as Special Prosecutor are not enough to justify his decision to quit his position, Kweku Baako, a veteran journalist has argued.

Amidu among other things mentioned the government’s inability to secure an office and accommodation for him as a contributing factor in his decision to walk out as Special Prosecutor.

But, speaking as a panelist on JoyNews’ Newsfile, Mr Baako said that Martin Amidu should have exercised restraint and worked with the government to resolve the issue.

He said that, of all the issues listed by Amidu as the premise for his resignation, the matter of accommodation ranks lowest and not sufficient enough.

“It needed patient, a certain level of restraint and some level of mutual respect to get this thing going. Because the OSP is something we all advocated for. This is no big deal at all. It takes time to put up that kind of structure and office with all the facilities. If both sides understand that this is the bases we are proceeding, then it’s not a big deal at all”.

“It should not lead to a situation where a Special Prosecutor quits. It’s an insufficient ground as an item relative to all the issues that have been put together. If I take out the accommodation matter, it ought not to have triggered any bad blood at all,” he added.

Kweku Baako also said that the President was determined to make Amidu a success story of his administration.

He noted that despite Amidu’s constant change in choice of building for office, the Presidency never bulged and was determined to give him an office space that meets his expectations.

“Abundance exchange of communication between the OSP and the Presidency particularly the Chief of Staff office shows that both sides apparently had a certain commitment to deliver on the office,” Baako said on this week’s edition of Newsfile.