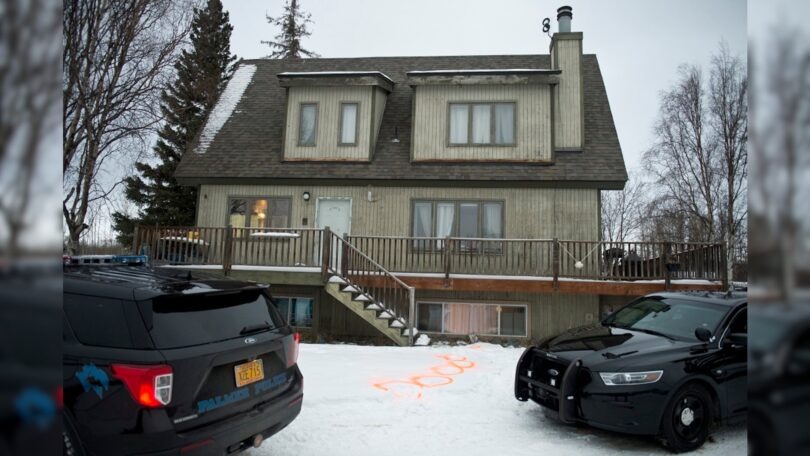 An Alaska teen fatally shot four relatives — including two children — on Monday, a week after being released from jail for an alleged family assault, authorities said.

Malachi Maxon is suspected of opening fire on his cousin, Cody Roehl, 18, at a home near Wasilla around 3 p.m. Authorities received a call around 3:13 p.m. saying there was a suicide at the home and Roehl was found wounded.

Maxon is accused of then stealing a Jeep Liberty and semiautomatic Glock pistol, and fleeing the home. He arrived at his aunt’s home in Palmer and allegedly broke into the residence. Police said he shot his aunt, Kimora Buster, 43, and his two cousins Ellison Buster, 7, and Sienna Buster, 10, the Associated Press reported.

The children were found dead by first responders. Kimora Buster died at a hospital.

Two other children also were at the home. An unidentified 6-year-old boy identified only as “AB” in charging documents was found alive near his brother, Ellison, authorities said. His life was spared because of defective bullets, they said.

“The scene revealed spent cartridge casings outside the broken front window, and the number of bullets fired at each person appeared to be about the same, with the exception of Ellison. In the bed where Ellison and AB were found, there were several more bullet defects than there were with the other bodies that indicated Maxon was likely trying to shoot AB, who was sleeping near the wall,” the documents said.

Maxon had been staying with his aunt for a few days. He was released from jail on Nov. 23 with an electronic monitoring device, which authorities used to track him down.

He was arrested when state troopers pulled over the stolen vehicle. He tried to escape while he was in custody and attempted to take a trooper’s holster but was subdued, the Daily Mail reported.

When he was photographed following his arrest, troopers found lacerations and other wounds on his legs that appeared to be from broken glass. An audio recording from a surveillance camera in the home caught the sounds of the shooting and glass breaking. The charging documents also allege the recording captured sounds of Maxon walking over the broken glass as he left.