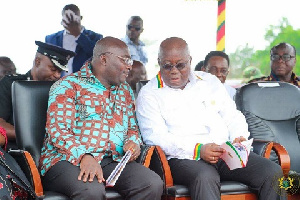 No other candidate filed nomination papers by Thursday’s deadline to be the flag-bearer of the New National Party for the presidential vote, party official Iddi Muhayu-Deen said by phone. Akufo-Addo also indicated that Vice President Mahamudu Bawumia will again be his running mate, said Muhayu-Deen.

The NPP will formally confirm its nominee at a party congress in April.

Since coming to power in 2017, the 75-year-old former lawyer has presided over an average economic-growth rate of more than 6%, boosted by a burgeoning oil industry and a slowdown in inflation to the lowest rate in at least six years.

Akufo-Addo’s main opponent in the election will be his predecessor, John Mahama of the National Democratic Congress, for a third consecutive poll. The two parties have dominated Ghanaian politics for decades and many of the previous ballots have been too close to call.