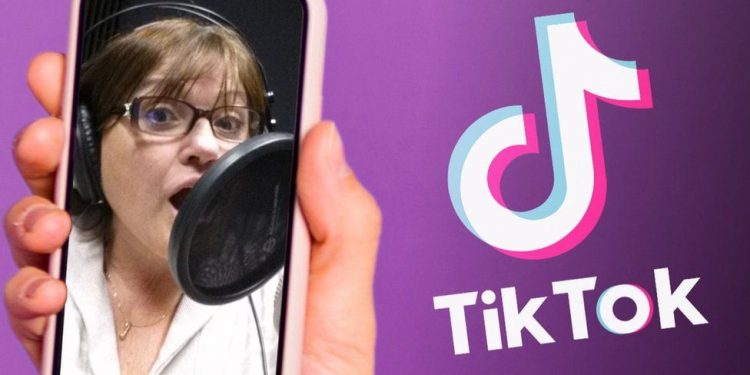 An actor is suing TikTok for using her voice in its text-to-speech function.

It converts writing into speech, which can then be played over videos uploaded to the app, often for comedic effect.

Bev Standing recorded about 10,000 sentences of audio for the state-backed Chinese Institute of Acoustics research body to use in translations, in 2018.

The legal action claims her voice can now be heard in viral videos featuring “foul and offensive language”, causing her reputation “irreparable harm”.

Standing, from Ontario, Canada, told BBC News no permission had been given for these recordings to be used in any other applications or resold.

“My voice is my product – it’s my business,” she said.

“You can’t just use it and not reimburse me for what I do.

“If you want to use someone’s voice, pay for it.”

Standing, who does not use TikTok, felt “violated”, after several videos were sent to her by friends, family and colleagues.

“When I realized you could get me to say anything you want… that’s when I kind of got upset,” she said, describing the content as “totally against brand.”

“Clients may stop hiring me because they recognize that voice.”

“This is not an issue just about celebrities or voice actors, who of course will be hugely impacted because their livelihood is literally being taken away from them.

“This is also about ordinary people.”

Neither TikTok nor parent company Bytedance had responded to the legal filing, issued in New York last week, he added.

Standing’s voice is used on the North American version of the app.

But in other regions, local accents – a British male voice in the UK, for example – are used.

A TikTok representative told The Telegraph, which first reported the story, it did not comment on continuing litigation.

The company told BBC News it had nothing further to add.

The Chinese Institute of Acoustics did not respond to a request for comment.

“A key question is where the voice artist’s content was obtained from.

“In commercial situations, copyright is often assigned to another business.

“But even if that is the case, the voice artist or actor normally retains moral rights, which should ensure that they are recognized as the person performing.”