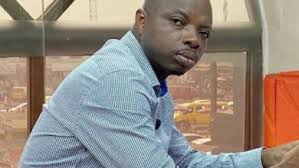 The convoy of the Bono Regional Chairman of the New Patriotic Party (NPP) has been involved in an accident.

The incident is said to have occurred Sunday on the Berekum-Drobo road while Kwame Baffoe Abronye and his entourage were returning from a rally organised at Atuna in the Jaman South Constituency.

Abronye escaped unscathed, however, a photo from the scene shows that it was a very serious accident as the vehicle had overturned in a nearby bush.

His case is among several cases of accidents that have occurred recently.

In the early hours of Sunday three National Democratic Congress (NDC) executives in the Eastern Region were also involved in a near-fatal accident.

The vehicle somersaulted five times and landed in a ditch.

The Executives sustained injuries and were rushed to the Atibie Government Hospital for first aid and later referred to Eastern Regional Hospital in Koforidua.

Just two days ago, November 27, a KIA truck full of NDC supporters was involved in a near-fatal accident at Brohane junction in the Tain district of the Ahafo Region.

The supporters, numbering about 150, were said to be travelling for a party programme at Kabruno at Banda Central when the truck they were travelling in burst a tyre, causing it to somersault and eventually throwing the occupants into a nearby gutter.

The victims were conveyed to the Nsorkor Hospital, but, patients had to be administered treatment on the floor as the hospital run out of beds due to the large numbers.

Meanwhile, JoyNews launched a road safety campaign dubbed “Arrive Alive” to educate Ghanaians on safety while on the road.

ArriveAlive campaign also aims to find solutions on how to make roads in Ghana safe for all users with a continued discourse on why there are frequent road accidents occurring across the country.