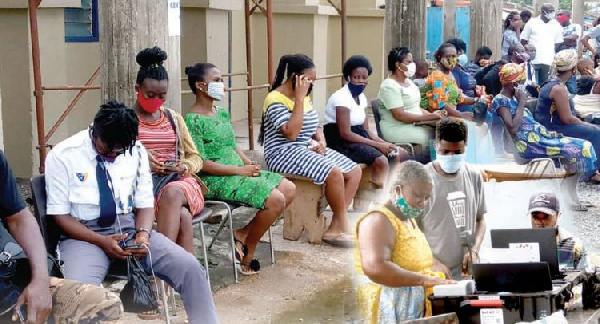 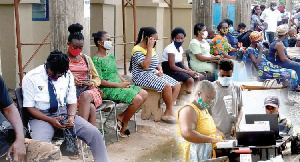 Ghana goes to the polls on December 7

Mr Kobby Gomez Mensah, a researcher, has said according to his research, about 82 per cent of Ghanaian youth between the ages of 18 to 21 said they were ready to vote in the upcoming general elections.

Speaking at a youth empowerment workshop organised by the Youth Bridge Foundation, a Non-Governmental Organisation set to bridge gaps for positive youth development, he said the research was conducted across ten regions in November 2020 with a sample size of 1,000.

According to the Researcher, about 96 per cent of first-time voters said the nation was more important to them than the political parties and majority of them, even school dropouts considered education, to be their topmost priority followed by jobs.

“The Tamale focus group discussion revealed that traditional family voting patterns were changing, and the youth made their choices by policies proposed and infrastructural developments.

Mr Mensah said the research showed that about 53 per cent made their choices through news reportage and about 92 per cent wanted to be part of the decision-making process post-elections.

He said the total youth population registered for the elections had dropped by almost seven per cent as compared to the 2016 elections.

He said this was so because some youth had lost interest and did not see the need to vote.

Mr Micheal Boadu, Director of Training, Electoral Commission (EC), said about 56 per cent of the voters registered for the general elections were youth; this is a constituency on its own.

He said it was important to educate the youth on the electoral processes to avoid difficulties during the elections.

He said during the upcoming election all COVID- 19 protocols would be observed by everyone present at the polling stations to prevent the spread of the virus.

He said voting could be done without the voters’ identification (ID) card, but one had to go through verification by the use of the Biometric Verification Device (BVD), which contained all the details of registered voters.

He demonstrated the procedures for voting, how to thumbprint properly to avoid spoilt ballots and to understand the responsibilities of the poling officials at polling station on Election Day.

Ms Olivia Akosua Asantewaa, Member, Youth First Time Voter urged first-time voters in the upcoming election not to take the opportunity for granted but come out in their numbers to cast their vote.

She said they should not allow themselves be influenced to involve themselves in violent acts and should not feel threatened as they exercise their civil responsibility.

Mr Seth Oteng, Executive Director of the Youth Bridge Foundation, advised the youth that at this time of election they should not allow anyone to mobilize their discontent.

“We have a future to protect and that future is to be built by the youth by themselves and for themselves; they should protect Ghana as a country,” he said.

He expressed his gratitude to the resource persons from the EC, Participants from Youth First Time Voter, Mr Kobby Gomez Mensah and the Canada Fund for Local Initiatives, Ghana for their support.