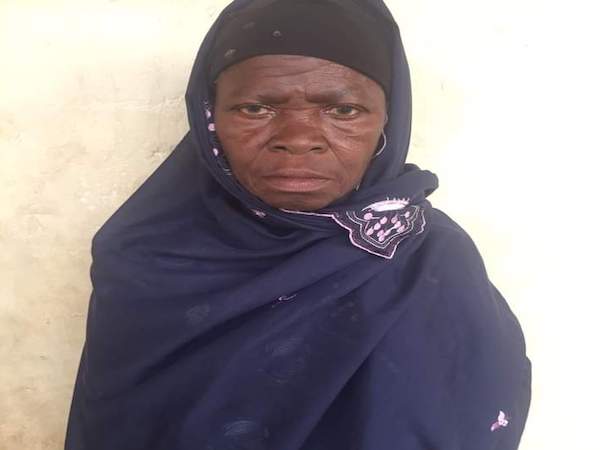 A 73-year-old widow, Ayisatu Alasela, has fallen sick after facing repeated threats from a pastor and a politician who allegedly tried to force her out of her house in a land grab attempt in the Agege area of Lagos State.

The septuagenarian’s son, Ganiu Alasela, told SaharaReporters that continuous threats by the politician, identified as Oloye Oshodi, and the pastor, simply identified as Alabi, to dispossess his mother of her property caused her illness.

He added that the pastor, whose place of worship, Christ Apostolic Church, is next to his mother’s house, has caused a lot of trouble over the widow’s apartment.

Pastor Alabi, however, told SaharaReporters that he had no business with the family.

Ganiu said, “My mother’s blood pressure is rising. She is an old woman; she has become as a result of the disturbances.

“The church is not on our street, but it shares a fence with our compound.

“The pastor disturbs us every time, saying activities in our compound make him uncomfortable. He even told us to stop using generators, and we obeyed him. Meanwhile, there is much noise from his church, but we say nothing.”

Ganiu said Oshodi and Alabi intended to extend the boundaries of the CAC church. Mrs Alasela’s house is on 8, Bakare Opesha Street, Papa Shafa, Agege, while the place of worship is situated at 5, Hassan Adejobi Street, Papa Ashafa, off Mulero Bus stop, along Oyewole Road, also in Agege.

“In my mind, I believe they want to buy that house,” he said. “The pastor’s house is at the back of our house, and he wants to extend his church.”

He alleged that the pastor had once used state officials to intimidate the family.

“The men came in, shouting and trying to break into people’s houses. They smashed windows, they carried away one generator and tried to take away another, but it was chained,” he narrated.

Ganiu said the generator, which was locked up, was damaged by the officials in a failed attempt to cart it away.

He noted that apart from his mother, tenants in the compound had also become unsettled by the actions of the pastor.

He said the tenants were frightened so that they would think twice about staying in the house. “I have heard Oloye Oshodi saying he would make anyone who wants to live in our mother’s house go back to their village.”

A civil society organisation, Save Lagos Group, which has been advocating for the woman, said the state officials were from the Lagos State Environmental Protection Agency and they allegedly vandalised parts of the building.

Alabi has denied any connection to the issue.

The pastor said, “Please go to Panti tomorrow (one of the police force’s criminal investigation departments in Lagos State), and you will know what happened.

“I have no business with them, it is Honourable Oshodi that has dealings with them, and he is the one who invited LASEPA officials to the house.”

SaharaReporters could not reach Oloye Oshodi for comment as his phone was not connecting as of the time of filing this report. LASEPA officials have also denied any involvement in the matter.