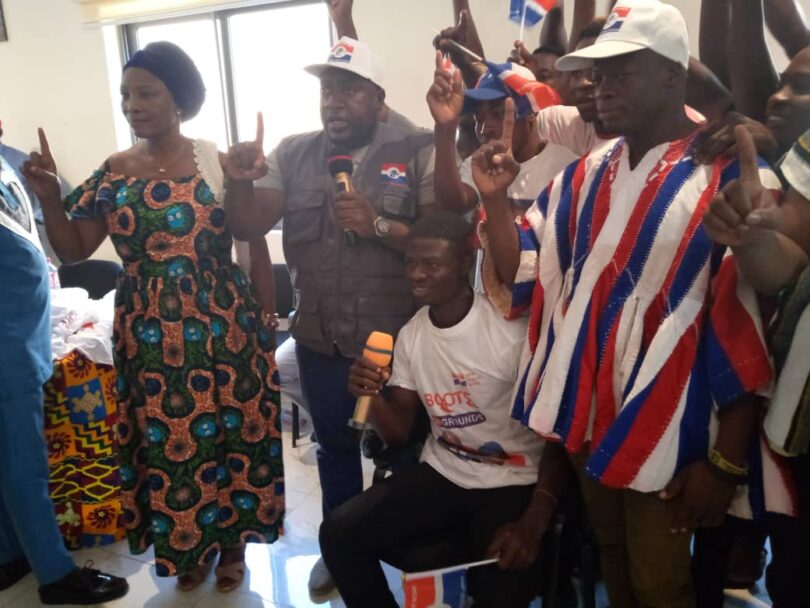 A Bole-based youth group with a membership of about 59 has announced their departure from the National Democratic Congress (NDC) into the ruling New Patriotic Party (NPP) in the Bole Bamboi Constituency in the Bole District of the Savannah Region.

The group which was led by one Alhassan Anars, officially announced their defection citing neglect by NDC.

“I stand here to declare our fates to the New Patriotic Party which is going to win the election. I, Alhassan Anars declare on behalf of my colleagues that what NDC and JM including the Member of Parliament did in the 2016 elections where we were used and abandoned is unfair.

He adds, “we have sacrificed a lot including our lives secretly just for what we would eat and followed them to Sunyani and other unthinkable things which we stand here today to apologise to the NPP and support our only brother, David Sei Demaha to win the seat.”

But in reaction to the news, the Bole Bamboi Constituency communication officer of NDC, Dramani Amantana denies the group’s claim to be members of the party.

“Yes, the group is an NPP group. Those boys are NPP. In 2016, that was the same thing they told me that they wanted to defect from NPP to NDC so I should issue them party membership cards and I said no I’ve to study them if they come, we then issue them cards and up to now we didn’t issue them the cards.

“We didn’t issue the cards to any of them knowing where they were coming from. They are NPP boys they are never NDC boys,” the Communication officer insists.

On his part, the National Youth Organizer of the NPP, Henry Nana Boakye who received the said defectors into the party, said the party has over the years proven to be a better option and home to all Ghanaians hence, the arrival of the group whom he said would be treated well.

He said among other things that “under the NPP, you have seen a massive improvement in Bole and the New Patriotic Party here in Bole Bamboi constituency is making history that for the first time, NPP will unseat NDC from the constituency.”

“We have eighteen days to the elections. You must campaign eighteen times double to make our success a reality,” Henry Nana Boakye added.