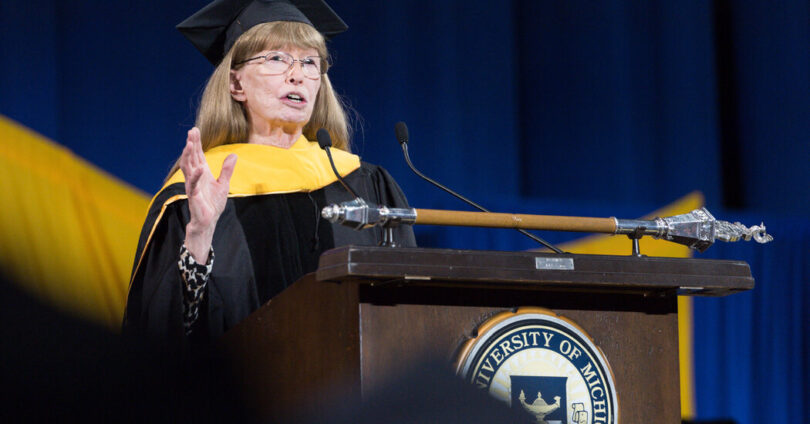 In August 1968, Lynn Conway, a promising computer engineer at IBM in Sunnyvale, Calif., was called into the office of Gene Myron Amdahl, then the company’s director of advanced computing systems.

Mr. Amdahl had been supportive when he learned that she was “undertaking a gender transition,” Ms. Conway wrote in an account, but the company’s chief executive, Thomas J. Watson Jr., was less tolerant.

Fifty-two years later, Ms. Conway was called back to speak with IBM supervisors. This time, the setting was a virtual meeting witnessed by other company employees.

They watched last month as Diane Gherson, IBM’s senior vice president of human resources, told Ms. Conway that while the company now offered help and support to “transitioning employees,” no amount of progress could make up for the treatment she had received decades ago.

Ms. Conway, 82, was then given a lifetime achievement award for her “pioneering work” in computers, a company spokeswoman said.

“It was so unexpected,” Ms. Conway said in an interview, adding that she recalled blinking back tears. “It was stunning.”

For gay and transgender scientists and friends of Ms. Conway, the apology, while late, was a validation of the work she and others in the community had contributed to the fields of science and technology. The apology, which was reported by Forbes, was made four months after the Supreme Court ruled that a person could not be fired for being gay or transgender.

Rochelle Diamond, a scientist at the California Institute of Technology who is friends with Ms. Conway, said she learned of the apology on Friday, the annual Transgender Day of Remembrance, which honors the memory of Rita Hester, a transgender woman who was stabbed to death in 1998.

“This is important for us,” said Ms. Diamond, who is also the retired chairwoman of the National Organization of Gay and Lesbian Scientists and Technical Professionals. “It’s another reason why we need to remember and remember all of the people that have died because they were trans and to encourage trans people to be themselves.”

Christine Burns, who is friends with Ms. Conway, said she never showed bitterness about the way she was fired but that the apology must have felt healing.

“Nothing beats an unequivocal apology for vindication and closure,” said Ms. Burns, a retired British IT specialist who edited “Trans Britain: Our Journey from the Shadows.”

Ms. Conway was hired at IBM in 1964, just after she graduated from Columbia University’s School of Engineering and Applied Science.

“It was a golden era in computer research, a time when fundamental breakthroughs were being made across a wide front,” she wrote.

Ms. Conway was on the verge of such a breakthrough — working on the architecture team of a project centered on creating a computer that would work at top speed — when she began undergoing medical treatments. In early 1968, she told a supervisor that she was “undertaking a gender transition to resolve a terrible existential situation” she had faced since childhood, she wrote.

Her direct supervisors wanted her to stay at the company and came up with a plan: She would take a leave from IBM, complete her transition and return as a new employee with a new identity, Ms. Conway said.

But company executives were alarmed, she said. Ms. Conway said she later learned that IBM executives feared “scandalous publicity” if her story got out.

After she was fired, Ms. Conway underwent gender confirmation surgery and began rebuilding her career.

She worked at Memorex in 1971, and in 1973, she was recruited by Xerox Palo Alto Research Center, where she developed computer chip design methods that would eventually be used by tech companies worldwide.

In 1985, she became a professor of electrical engineering and computer science at the University of Michigan. She joined a weekly canoeing group where she met her future husband, Charlie, an engineer.

Ms. Conway did not publicly reveal that she was transgender until 1999 when she said she learned computer scientists were researching the project she had been a part of at IBM.

It was only a matter of time, she concluded, that someone would figure out what had happened.

In 2000, she created a website. Her goal, she wrote on the site, was to “illuminate and normalize the issues of gender identity and the processes of gender transition.”

“I also wanted to tell, in my own words, the story of my gender transition from male to female,” Ms. Conway wrote.

The website, rich with detail about her experiences as a computer engineer and a transgender woman, became a critical source of information for other people in the transgender and larger gay community, Ms. Diamond said.

She said of Ms. Conway’s website: “Here I am. I’m an accomplished trans woman. Let’s talk about things. How can we help each other?”

In 2005, the National Organization of Gay and Lesbian Scientists and Technical Professionals named Ms. Conway engineer of the year for her work in computers and for her public outreach efforts.

Ms. Conway said she was never angry at the people who fired her.

“To go back and slam and blame and defame people, there is a problem with that because it tends to divide people and create an angst that’s unresolvable,” she said. “However, you do need evidence that there has been serious learning and appreciation and horror over what happened from today’s gestalt.”

Transgender employees at IBM who witnessed the apology said they felt “part of something phenomenal,” said Ella Slade, who is IBM’s LGBT+ and global leader and whose pronouns are they and them.

“Lynn made a comment at one point about her joining this IBM event was like returning home, and it’s hard not to get choked up hearing that,” they said.