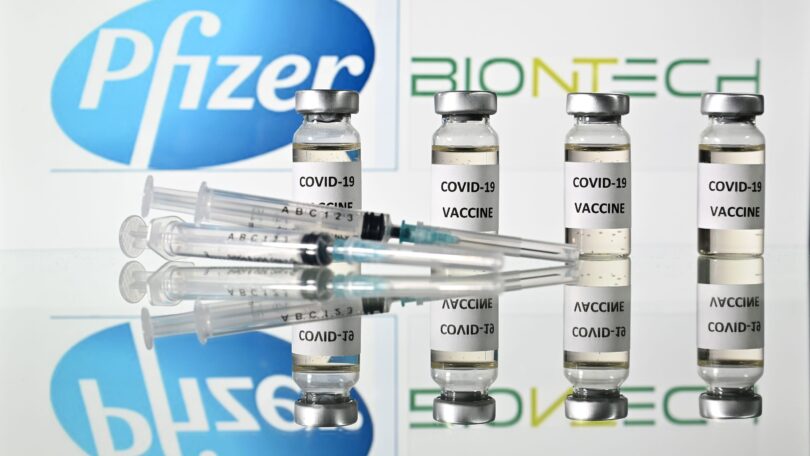 The United Kingdom became the first Western country to approve widespread use of a COVID-19 vaccine developed by drug companies Pfizer and BioNTech, the British government announced Wednesday. The move makes the U.K. one of the first countries to begin vaccinating its population as it tries to curb Europe’s deadliest COVID-19 outbreak. The Medicines and Healthcare products Regulatory Agency said the first shots will be given next week. Other countries aren’t far behind: The U.S. and the European Union also are vetting the Pfizer/BioNTech shot, which studies show is 95% effective, along with a similar vaccine made by competitor Moderna.

Coronavirus cases are surging across the country ahead of the holiday season. Here are some unsettling statistics from the month of November.

Georgia is expected to conclude its second recount of the presidential election ballots on Wednesday as the state grapples with threats of violence targeted against election officials and workers. Earlier this week, Georgia Secretary of State Brad Raffensperger pushed back at new conspiracy theories spread by President Donald Trump’s allies after an initial state-ordered recount affirmed that President-elect Joe Biden won the state by 12,284 votes. Trump, who is refusing to concede the election despite signing off on Biden’s transition, has blasted Raffensberger and Republican Georgia Gov. Brian Kemp over the recounting process and has leveled baseless claims of voter fraud to argue the election was stolen from him.

Arizona Democrat Mark Kelly, who defeated Republican Sen. Martha McSally on Nov. 3, will be sworn in on Wednesday. Kelly will take office ahead of the new group of senators-elect from across the nation because he won in a runoff election. He will serve the final two years of the six-year term won in 2016 by the late Sen. John McCain, R-Ariz., who died in 2018. Kelly has said his immediate focus is on advocating for a financial stimulus package to help families, businesses and communities reeling from the COVID-19 pandemic.

Ravens-Steelers back on after COVID-19 outbreak

The Baltimore Ravens-Pittsburgh Steelers game, originally slotted in primetime on Thanksgiving and then moved to Sunday and later Tuesday, has been postponed for the third time in six days. The meeting of AFC North rivals is now scheduled to be played Wednesday at 3:40 p.m. ET, the league announced. The NFL had not moved a game since Week 5 prior to that initial postponement. The Ravens reported positive COVID-19 cases among players and staff last Wednesday, and quarterback Lamar Jackson’s positive test became public knowledge last week.