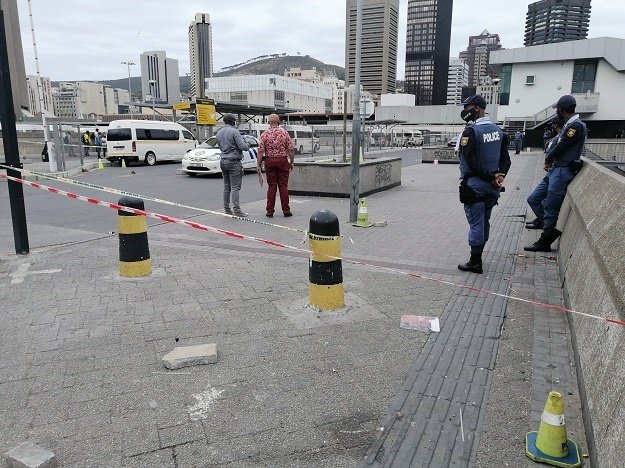 The scene of a shooting incident at a taxi rank in Cape Town.

Four more people have been arrested in connection with a shooting in Cape Town’s CBD on Monday.

This brings to six the number of people arrested, after two were arrested on the day of the shooting.

Shots were fired at the station deck in the CBD which accommodates the bustling queues of taxi coming in and out of the city.

After that shooting, the gunmen scattered in different directions still firing shots as they ran away.

A traffic official apprehended one person and confiscated a firearm.

On Wednesday, she said a task team, together with the Railway Police apprehended four more people.

They are due to appear in the Cape Town Magistrate’s Court on Thursday to face charges of attempted murder.

The other two people have already appeared in court.