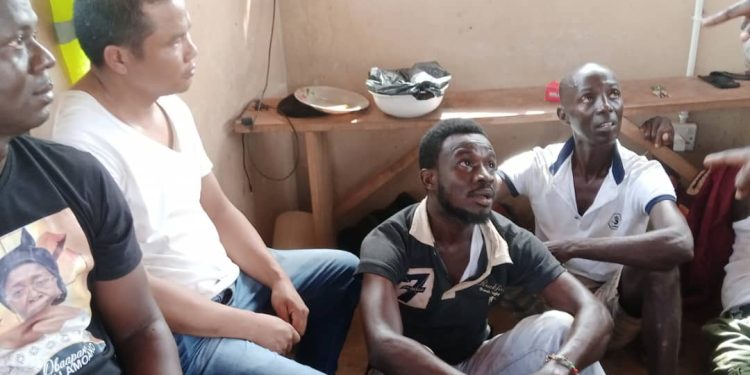 Two Chinese and four Ghanaians have been arrested at Asemkrom in the Aowin Municipality of the Western North Region by Anti-Galamsey Watchdogs following their involvement in illegal mining activities in some cocoa farms near the community.

Currently, the two Chinese together with their four Ghanaian accomplices have been handed over to the Aowin Municipal Police Command for further investigation and prosecution.

Speaking to the public relations officer of the Anti-Galamsey Watchdogs, Ali Morro narrated how they got the illegal miners arrested.

The media in Ghana declared war against illegal mining activities popularly known as galamsey in 2017 to attempt to halt the consequences of the activity which continues to pollute water bodies and degrade the land.