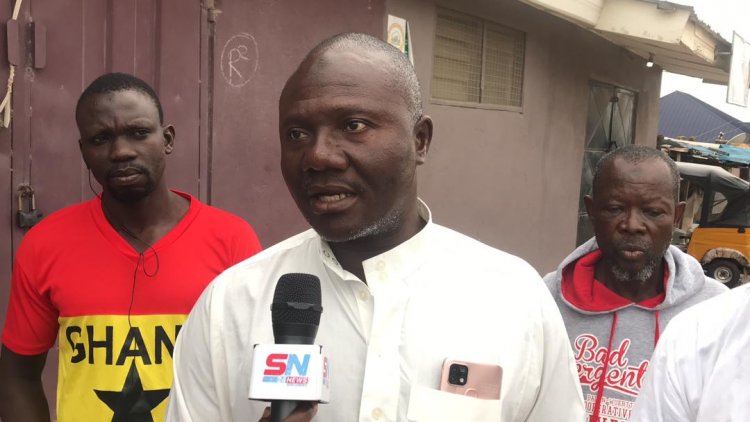 The late Abdul Gafar Kasim died through gunshot during Eid ul Adha celebrations at Aboabo in the Ashanti Region.

The circumstances which led to the death of 14-year old boy, Abdul Gafar Kasim on Tuesday, July 20, 2021, at Aboabo in the Asokore Mampong of the Ashanti Region has been revealed.

The young boy met his untimely demise during the Eid ul Adha celebration when he was allegedly shot by an unknown celebrant a few minutes after returning from the mosque. The late Abdul Gafar Kasim, according to his adopted father, Mohammed Suleman stayed with his mother at Aboabo following the death of his father two years ago.

He had returned from the mosque on Tuesday and went to assist in the killing of a cow in commemoration of the occasion. Mohammed Suleman told that whiles the animal was been slaughtered, blood, unfortunately, stained his fabric and he left out to change his outfit.

“What we heard was that Gafar was done with service at the mosque and he decided to help with the killing of the animal,” Mohammed Suleman told Soireenews reporter, Isaac Owusu.

“The blood of the animal tainted his cloth and he went home to change. Whiles returning, he had lighted incense and was engaged in recreation with his mother. As he set out, gunshots were heard and unfortunately, the fifth shot attacked him to death,” he added.

Another person was hurt in the process but due to the seriousness of the injury of Abdul Gafar Kasim with gun bullets affecting his jaw and cheek, he was hastily taken to the Manhyia Government Hospital where he met his untimely death.

The adopted father of the late boy told Soireenews that the Municipal Chief Executive of Asokore Mampong, Honorable Alidu Seidu was present at the hospital and in order to retrieve the body for burial per their religious requirements, the Member of Parliament for Asawasi constituency was contacted.

After few examinations, the body was released for burial.

He told that the Police has taken over the case with investigations ongoing.